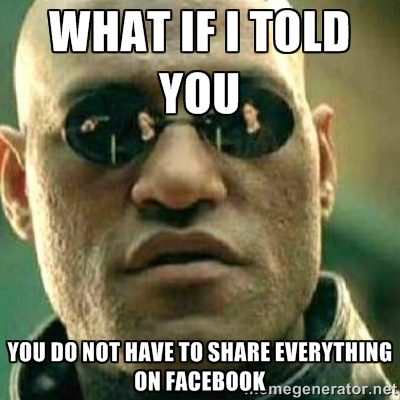 Facebook is open to just about anyone to create their own profile and share their every waking thought with “friends”. Everyone who uses it tends to like to share information about themselves in different ways, which has given us a range of different types of user – from the over-sharing archiver who has pictures and comments for everything, the humble bragger and keyboard warrior who like to give social commentary reserved strictly for online audiences only, and the proud parents and relationship partners who feel the need to profess their love publicly.  It certainly makes for an interesting mix and a kind of weird perspective on the world we live in today.

Is that really you? 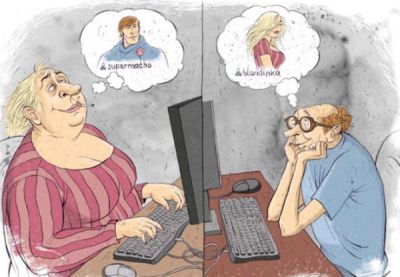 We don’t all use Facebook to detail every minor detail of our lives (- although some do!) but it has to be said, no matter how humdrum your life may be, Facebook does give all of us an outlet to feel important and individual by designing an interesting, online Self that projects a vicarious image to the world.

Are we being bias?
There’s an argument to say that Facebook decides what information we consume by what it’s algorithms dictate appears on our feed. After all, it makes sense that the posts we “like” most and those from people who “like” our posts be made most visible because Facebook deems them most relevant to us. But in turn, this makes all other posts (and challenging views) invisible to us, which could suggest we’re just seeing a picture of agreement that simply confirms our biases and gives us comfort in a homogenous perspective. So while we think the Facebook social media architects are giving us more personalised interactions, perhaps all they’re actually doing is amplifying our biases by killing diversity, and stifling us by telling us what information to consume.

You WILL share everything!
Facebook is one of the worst perpetrators of automatic disclosure online. This so-called “frictionless sharing” means that anywhere you go and anything you do online can potentially be posted straight to your Facebook page without you even realising it. 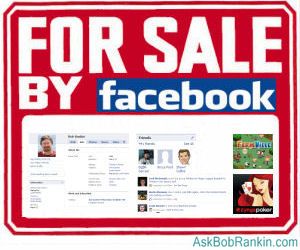 We have to face facts, Facebook is selling each and every one of us out. As soon as you sign into Facebook and accept their terms, you sign away all rights. The cookies embedded on your device to access the application can track everything you do, including accessing your private messages. (So I suppose it makes sense that Facebook would pay $22 billion for the hugely popular group chat application, WhatsApp, now too!)

A Bulgarian teacher, Salim Virani, has documented how Facebook has systematically violated our lives and sold us out again and again (over a dozen times) to make money over the years. And with the privacy change that happened from 30 January he details some scary findings that Facebook achieve from new powers that will irreversibly eliminate our privacy.

Virani wites: “Facebook is demanding to track what you buy, and your financial information like bank account and credit card numbers. You’ve already agreed to it in the new terms of service. It’s already started sharing data with Mastercard. They’ll use the fact that you stayed on Facebook as permission to make deals with all kinds banks and financial institutions to get your data from them. They’ll call it anonymous, but like they trick your friends to reveal your data to third-parties with apps, they’ll create loopholes here too.”

“Facebook is also insisting to track your location via your phone’s GPS, everywhere and all the time. It’ll know exactly who you spend your time with… They’ll know how many times you’ve been to the doctor or hospital, and be able to share that with prospective insurers and employers. They’ll know when you’re secretly job hunting , and will sell your endorsement for job sites to your friends and colleagues – you’ll be revealed.”

“They’ll know everything that can be revealed about your location, and they’ll use it however they want to make a quick buck.”

You can’t leave – no really, all your peers are here! 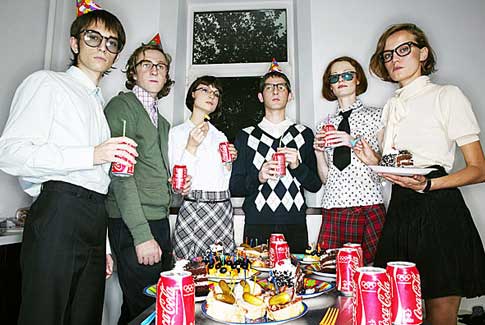 No one wants to be the first to leave a party – even when everyone is aware the exciting time has passed and the atmosphere is petering out. Instead you hang in there a bit longer and make the effort to keep up with everyone, no matter how mind-numbingly dull things get, simply because everyone’s there and you have to be a part of it. The same could be said for Facebook. It’s the big room you can’t leave because, ultimately, it represents the online You and you need to be seen at the party.

Amanda Hess puts it perfectly: “Facebook is the living dead: the most popular, least relevant social network where teenagers and adults alike gather out of fear of missing out on things that don’t even make them happy.” 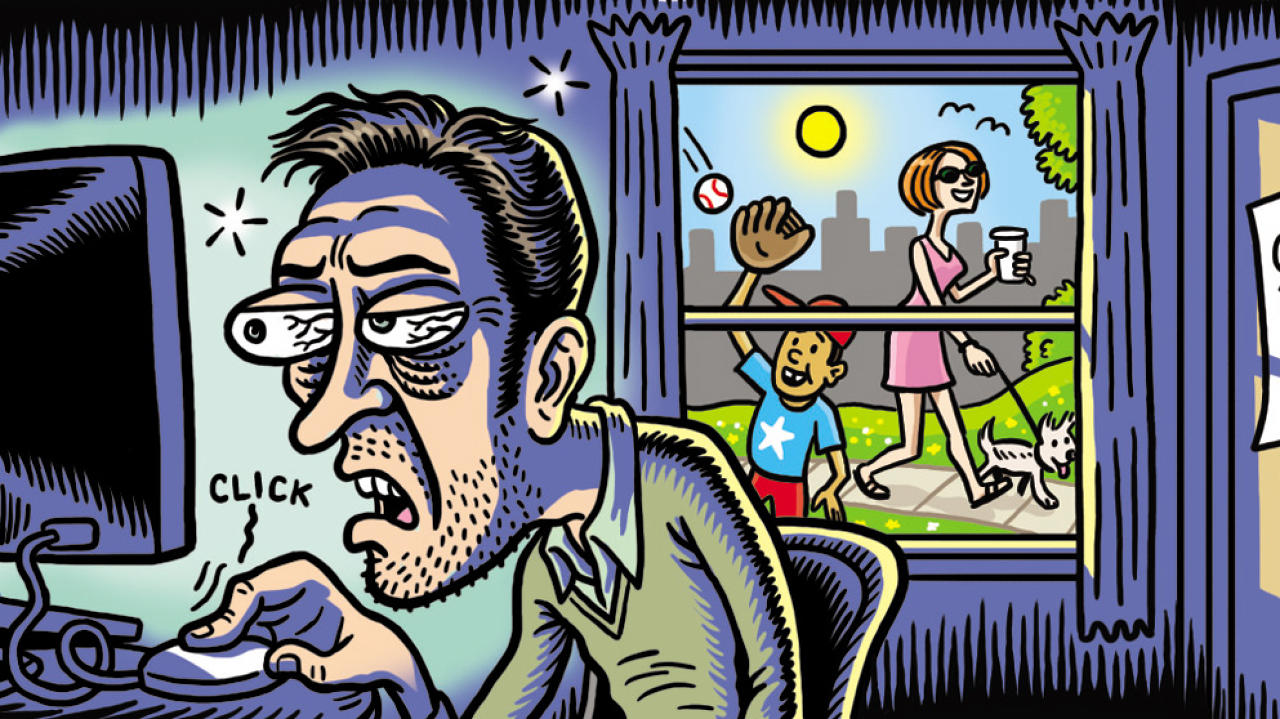 Facebook has such devoted fans that some people claim to be addicted and unable to live without it.  In fact there is said to be over 350 million people suffering from Facebook Addiction Disorder (FAD) sucking up their time.

What is perhaps most disturbing, is that one in every three people who use Facebook and other social network sites say they often feel lonelier and more jealous after spending time on them.